In search of landscapes of nature and humankind

I have been eating avocados since the dawn of my days. The creamy texture and unique flavor of these fruits have always fascinated me. I eat it in soups, with rice and beans, guacamole with nachos, or simply by itself with a pinch of salt and pepper and a bit of olive oil on top. Avocados are one of those comfort foods that make my palate a happy one.

In the English language it is mostly known as “avocado”. I grew up calling it by its Spanish name “aguacate“. But where does the word aguacate comes from? This fruit find its origins in Mexico several thousands years ago. The name aguacate derived from the Nahuatl word ahuacatl. Nahuatl was the language of the Aztecs. The word ahuacatl was then transformed into aguacate by the Spanish. Consequently, the word aguacate was twisted into avogato in English, which then evolved into the word avocado that we know today.

You might be asking yourself, so what’s the point of all this description? Well, let me tell you what’s going on. I came to Peru and encountered an amazing culture, but when it came to ask for food or talk about recipes, there was a problem. Nobody could understand what I was talking about.

I was supposed to be speaking in Spanish but there was definitely a problem with the communication. I was talking about aguacates (avocados), which is the word used in the Caribbean (where I am from), Central America and the northern parts of South America; and they just didn’t know what I meant with that. Completely clueless, both sides.

Later, after explaining that the word in English is avocado ( I had no other option), I find out that they call it palta here in Peru. Palta? What in the world is that word?, I asked myself. After digging a little bit in the history of food in the Americas, and speaking with my Peruvian friends, it seems that the avocados came down to this side of the world many centuries ago from Mexico, and the Quechua speaking inhabitants named it palta. Well, now it makes sense.

Now I have adapted and to avoid people looking at me strangely, I talk about paltas and not aguacates!!!! At the end the guacamole is still good with both words!!!! Enjoy!!!! 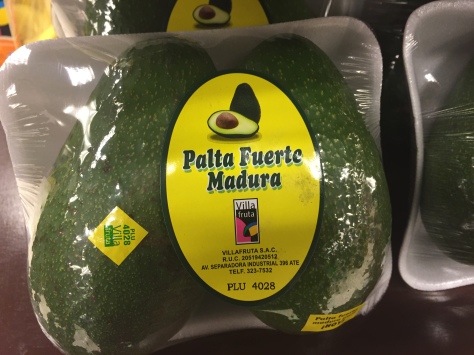 Ripen Palta at the Wong grocery store, in Surco, Lima. 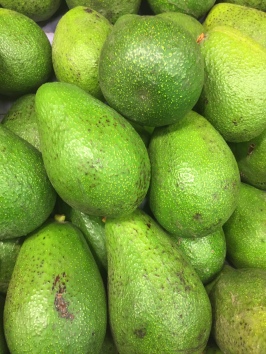 Paltas at the Wong grocery store in Surco, Lima.

One thought on “Aguacate vs. Palta”